Updated in May 2020 to include iRestore new model: iRestore Professional.

What is the iRestore Laser Hair Growth System?

It is an FDA-cleared laser hair therapy system  intended for both men and women who suffer from androgenic alopecia. Please be advised the the device is FDA-cleared, not FDA-approved, meaning the effectiveness and safety is not rigorously demonstrated (In contrast, Minoxidil and finasteride are FDA approved).  The device is said to use clinical-strength laser technology in treating both hair loss and thinning hair for men and women. More specifically, it is intended for men between the age range of 18-48 (Norwooed-Hamilton Scale between Class IIa to V )and women between 18-60 years who are suffering from hair loss (Ludwig Savin Scale between Class I to II ) (see image below). The skin type IRestore may work is Fitzpatrick Skin Types  I to VI as shown below. 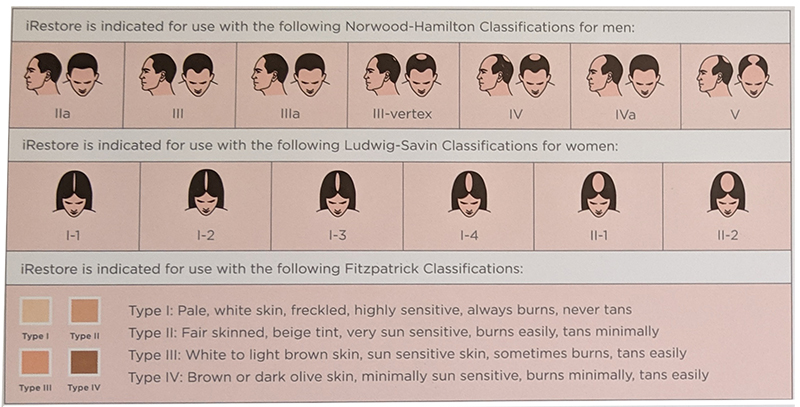 The helmet, when worn appropriately on the head and switched on, emits a red light, which is then absorbed by your cells. They claim that the light energy absorbed stimulates a rapid change in the metabolism rate and ATP production of the cells. This causes the hair follicles that have long been dormant to start producing hair again. Aside from the promise of regrowth of your hair, it is said also to strengthens and builds up the hair follicle so that your existing hair looks a lot thicker.  Results is said to be visible in 3 to 6 months 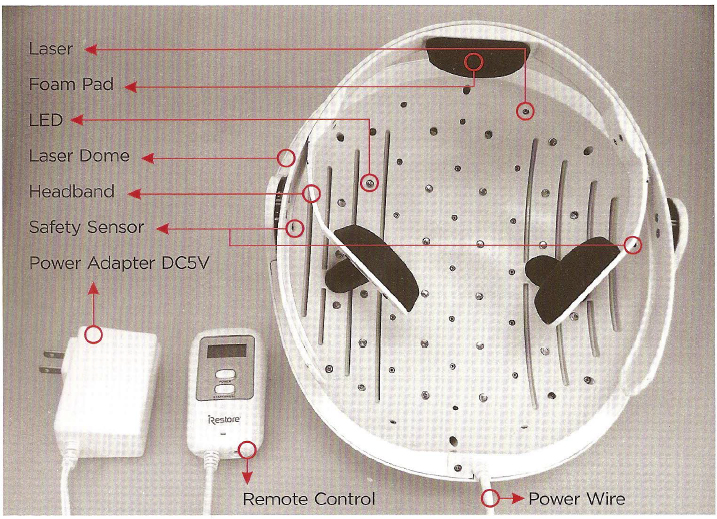 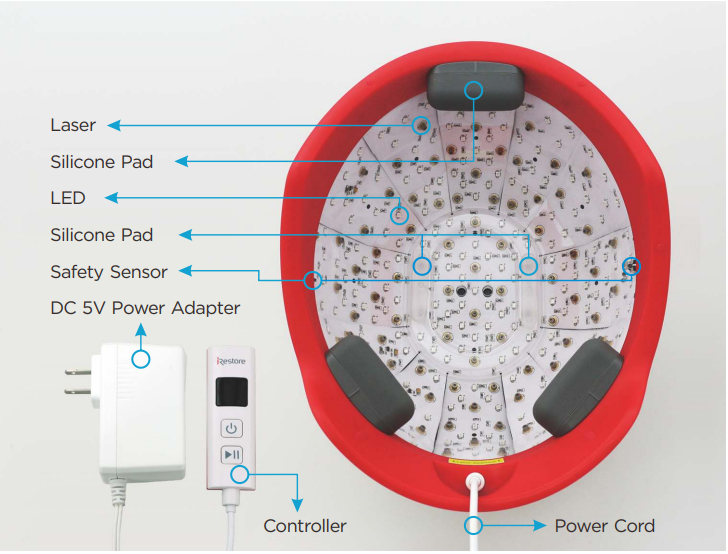 All  parts except for the user manual and packaging box included in the Irestore product are shown above.

How is Irestore compared to other laser helmets?

*: Capillus is a cap like laser helmet. The size of the cap can't be adjusted to fit heads of different size. However, it offers two sizes of the cap, one for average size of head and one for larger head.

**: Capillus and Igrow provide wall plugs that look similar to what is shown below. It includes changeable plug prongs so it can be used in most countries in the world. The AC adaptor of all four brands above can be used with voltage from 100 v to 240v. 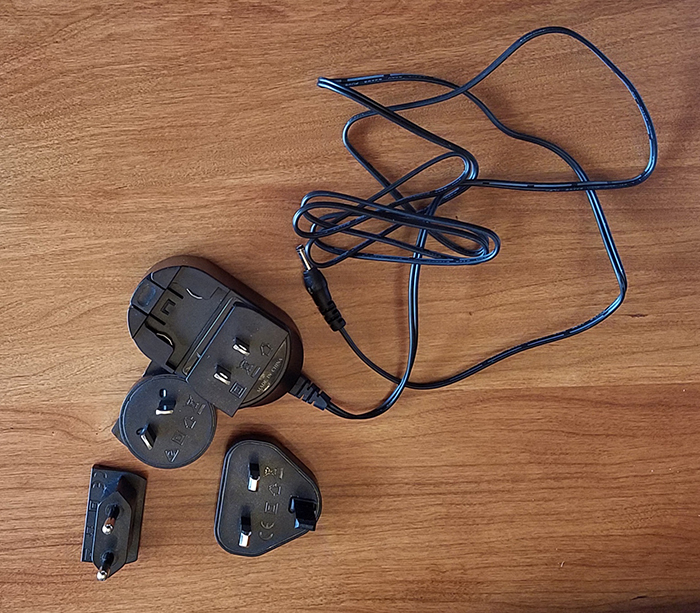 How to use iRestore

Using the iRestore is quite straight forward. All you have to do is put it on your head, press the power button on the controller and then the start button. The helmet is made of plastic. It has a built-in clap to fit into head of different size. I found the claps are little tight to make it a little uncomfortable.  The laser and LED lights turn on and off for 25 minutes, and you’re done. The controller gives a beep at the end of the session, and the LEDs automatically turn off. It is recommended to use 2-3 times a week. One needs to continue to use the device to keep the results.

Irestore is generally believed to be free of any side effects except for some complaint of scalp itchiness.

It very important to make sure your head is free of minoxidil or any other hair care products when you use irestore hair laser treatment device. You can still use minoxidil products like Lipogaine and Rogaine as if you were not using the laser helmet. You just need to wash your head and dry it before you use Irestore.

It is imperative that you keep the device away from water, wet spots, or anything damp. Also, make sure your hair is dry before using it, and it should be kept away from the reach of children or pets.

iRestore before and After picture Results

Below are the before and after photos posted by an iRestore user. The user's hair loss was estimated to be Norwood Halmiton IV. After using Irestore laser hair growth system for half a year, the user reported that it slowed or even stopped his hair loss. No other product was used during that six months. The user was happy with the result. 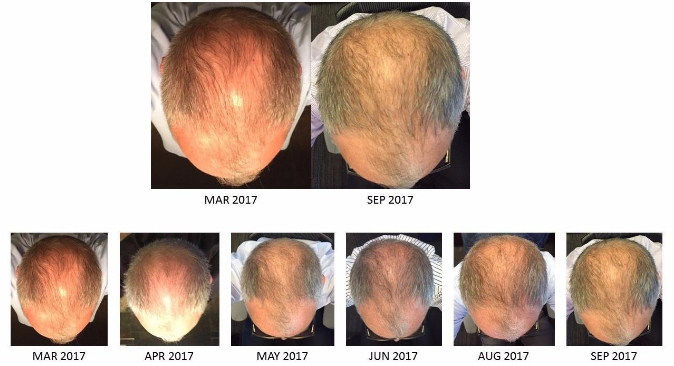 Where to Buy iRestore

You can only order irestore online at this moment. You can either order it from Amazon or irestore official website.

If your hair loss is mild and your main goal is to stop further hair loss, you can try lower level laser therapy (LLLT). However, if your hair loss is in an advanced stage and you want to regrow some of your loss hair, it is better to use FDA approved (instead of FDA cleared) products like Minoxidil and/or finasteride.

If you do decide to try LLLT treatment, you should consider other very well-built US brands that cost much lower price per diode such as Theradome and Capillus. If you want to have the best bang for your buck, I strongly recommend Hair Covet hair growth laser cap that have a unblievable number of 272 laser diodes for only $799.

How does it look? 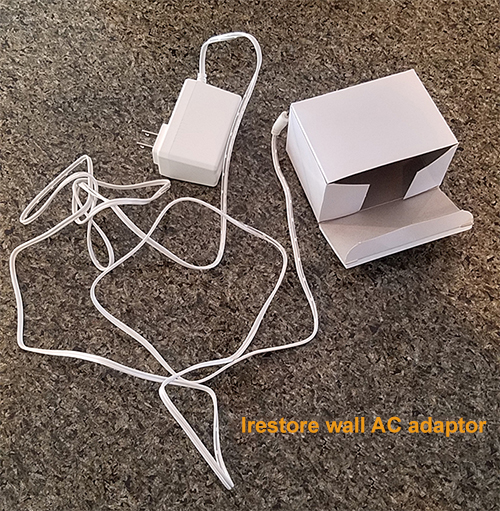 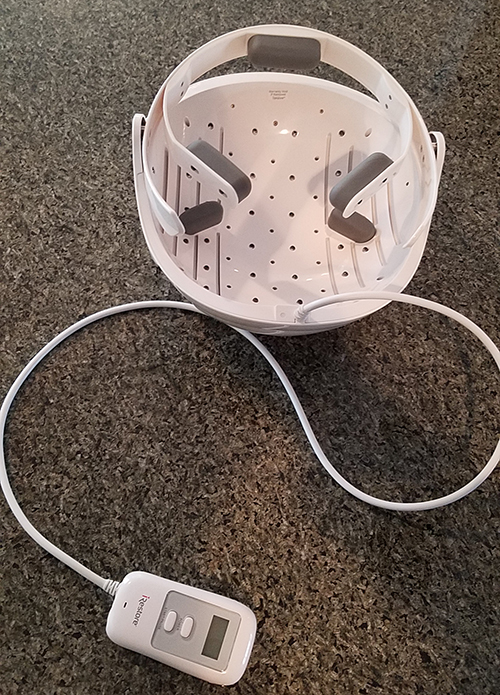 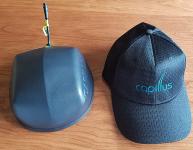 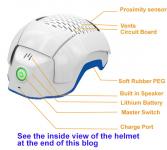 Topical Spironolactone Review, Does It Work?

October 15, 2020 Author
You can use both Dualgen-5R and laser helmet. But it is important to wash your hair and dry it before you use the laser helmet. Or you can use the laser helmet and wait for half an hour before you apply Dualgen-5R.
Just so you know we have a more affordable all laser diode laser cap, which you can order it here: https://www.minoxidilmax.com/laser-hair-growth-cap-hair-covet
Email address:
fdadfasd@gmail.com

Im using this to just strengthen hair for now and see what happens over a years time. Also combining this with Minoxidil - Micro needling and mask oils. Its just another thing I decided to add to my hair regiment. I noticed with Minoxidil it took me a good year to see regrowth - and then I started doing Micro needling 1.0 length. I keep hearing people who use this cap see less hair fall and stronger hairs. We will see I guess. Just like Minoxidil it dose not work for everyone and for some they see amazing results.

convenient, and very easy to use. it works for me.

Buy Kiierr laser cap, it is a much better device. There is no useless LED light.

The design of the battery is not very smart. It feels funny when wearing the helmet.

Is there any reason why Irestore add the LED lights on the helmet while other brands do not have it?

LED lights is  at least 10 times cheaper than laser diodes. Not sure if Irestore uses it to reduce the cost. No study indicates that LED works.