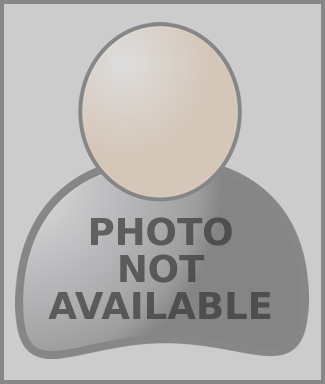 The Performance of Brotzu Lotion

Brotzu lotion, the famed invention of Italian scientist Dr Giovanni Brotzu has only seen 1 published study conducted by the inventor himself in 2019

[1] . Due to the lack of publicly available scientific data, this study provides extremely important information regarding the performance and safety of this new treatment for alopecia areata. The fact that only 1 clinical study has been published, underscores the importance of critically analysing the evidence and validating the results of the study.

A comprehensive search of the literature reveals that so far, only one study has tested the efficacy and safety of Brotzu lotion in adults suffering from hair loss. This study was led by Dr Giovanni Brotzu himself, and is titled “A liposome-based formulation containing Equol, dihomo-gamma-linolenic acid and propionyl-l-carnitine to prevent and treat hair loss: A prospective investigation” [1]. If that title seems extremely long (it is), that’s because the researchers did not yet name the lotion “Brotzu lotion” and simply listed its 3 core ingredients in the title.

In this study, Dr Giovanni Brotzu and team recruited 60 adults (30 men and women each) with androgenetic alopecia, which is the scientific term given to describe male-pattern baldness. The adults were aged between 30 and 60, and the study lasted for 6 months in total. The participants were instructed to apply 1ml of the Brotzu lotion to a well-defined area of the scalp each day.

At the end of the 6-month study, the results were out. 63% of men experienced an increase in total hair number. However, the percentage change of total hair count after 6 months was not significant – just +1.6%. What this means is that after 6 whole months, the men only experienced a 1.6% increase in the number of hairs. In other words, if they had started out with 100,000 hairs (which is the average number of scalp hair follicles on a human head), they ended up having about 101,600 hairs which is just 1,600 hairs more. These results can be seen in Figure 1 below. Similarly, 90% of the women in the study experienced an increase of 1.1% in the total number of hairs after 6 months. These results can be seen in Figure 2 below. In both men and women, the diameter (thickness) of the hairs did not change even after Brotzu lotion therapy.

In their patent file, the authors report a trial conducted on 10 patients (6 men and 4 women) for whom 1 ml of Brotzu lotion was applied daily for 120 days. Subjectively, the participants reported a reduction of hair loss by day 7. By day 20, they stopped losing hair and reported the growth of fuzz. By day 45, the fuzz had taken on the natural colour and consistency of the participants’ hair. By day 90, all patients reported that areas of their scalp, which were once bald, now had robust and thick hair. This observation remained at day 120, which is when the study concluded.

A screening of the medical databases reveals that no other studies have been conducted insofar as Brotzu lotion is concerned. While Dr Giovanni Brotzu has patented this lotion under the ID: WO2015170247A1, further investigations need to be conducted on Brotzu lotion to conclusively determine its performance, efficacy and safety. Importantly, a randomized controlled trial with a placebo, or even a competitor product such as Minoxidil or Finasteride should be performed to compare head-to-head results.

Figure 2 A subject at baseline (left) and at 6 months (right). A visible increase in the hair number is observed after 6 months of treatment.

How Does MinoxidilMax Affiliate Program Work?