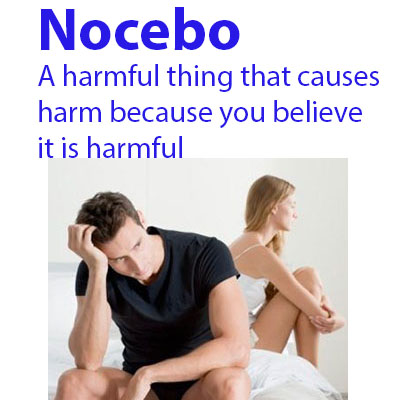 In a study that was published in The Journal of Sexual Medicine. in 2007 (4(6):1708-12. Epub 2007 Jul 26. ), it showed the people who are informed about possible side effects of 5mg finasteride reported significant higher rate of side effects than those who were not informed, which suggests a lot of people who have side of effects from using finasteride may not come from the drug itself, rather it is a  result of nocebo effect.

See the details of the study below.

Sexual adverse experiences such as erectile dysfunction (ED), loss of libido, and ejaculation disorders have been consistent side effects of finasteride in a maximum percentage of 15% after 1 year of therapy. Such data could be seen as far from reality, if compared to a higher percentage that may be found in any common clinical practice.

OJECTIVE OF THE STUDY:

This study aims to explain the dichotomy between literature's data and clinical practice data.

One hundred twenty patients with a clinical diagnosis of benign prostatic hyperplasia (BPH), sexually active and with an International Index of Erectile Function-erectile function (IIEF-EF) domain >/=25 were randomized to receive finasteride 5 mg concealed as an "X compound of proven efficacy for the treatment of BPH" for 1 year with (group 2) or without (group 1) counseling on the drug sexual side effect. The phrase used to inform group 2 patients was ". . . it may cause erectile dysfunction, decreased libido, problems of ejaculation but these are uncommon".

The estimation of side effect was conducted at 6 and 12 months using the male sexual function-4 (MSF-4 item) questionnaire and a self-administered questionnaire.

In the current study, blinded administration of finasteride was associated with a significantly higher proportion of sexual dysfunction in patients informed on sexual side effects (group 2) as compared to those in which the same information was omitted (group 1) (P = 0.03). A scenario similar to group 2 of the current study is likely to occur in clinical practice, where the patient is counseled by the physician and has access to the drug information sheet. The burden of this nocebo effect (an adverse side effect that is not a direct result of the specific pharmacological action of the drug) has to be taken into account when managing finasteride sexual side effects.

Title: Finasteride 5 mg and sexual side effects: how many of these are related to a nocebo phenomenon? 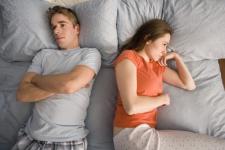 Azelaic Acid vs Finasteride for Hair Loss, Which is better?