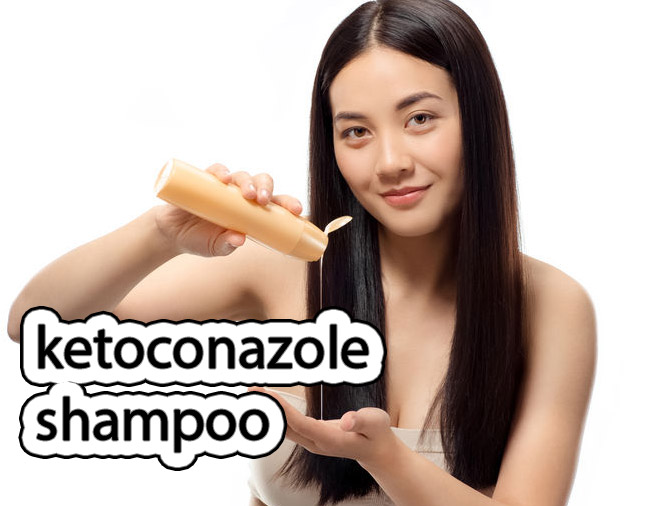 Ketoconazole is approved for use as an anti-fungal agent in the treatment of infections that occur due to fungi and yeasts. This review is focus on the its usage in shampoo for hair loss treatment.

How Does It Work? As far as its role in treating and preventing hair loss is concerned, there are a number of theories. According to the American Hair Loss Association, apart from its anti-fungal properties it also has anti-androgenic effects. When ingested orally it is known to inhibit the binding of androgens to receptors in the body, which would include the binding of DHT to hair-follicle receptors (see the ‘Hair Loss Explained’ section for the leading causal theory of hair loss).  It may have a similar effect when applied topically (to the scalp). In addition to its anti-androgenic effects, hair loss researchers cite two other potential mechanisms of action: sebum reduction and ant-inflammation.

Ketoconazole may reduce the activity of the sebaceous glands, thus reducing sebum production. Since sebaceous glands are attached to hair follicles, overactive glands may clog the hair follicles with excess sebum and disrupt the normal process of hair growth. Ketoconazole is also said to be instrumental in reducing inflammation. People experiencing androgenetic alopecia (pattern baldness) also experience varying degrees of inflammation of the scalp caused by bacteria adjoining hair follicles. Even if inflammation is not causal to pattern baldness, it certainly doesn’t create a conducive environment on the scalp.

How Effective Is It? Studies on Ketoconazole's effectiveness as a hair loss treatment are few and far between. A 21-month study was completed in 1998 on 39 men with male pattern baldness aged between 21 and 33 years.  Onset of hair loss ranged between 2 to 6 years.   The study included 4 groups with the two ketoconazole groups washing their hair with 2% kecoconazole shampoo 2-4 times per week, for 3-5 minutes each time. Results showed that the positive impact of ketoconazole on hair loss was equal to the benefit of using topical 2% Minoxidil.  Sebum levels were also positively impacted, with a median reduction of 18% at the end of the 21 months. However the researchers noted that “[t]he clinical significance of the results awaits further controlled study in a larger group of subjects.”

How Long Before I See Results? Anecdotal reports vary widely and there is not enough clinical data to say with any certainty. In the 1998 study above, the biggest improvement was seen between months 6-15, with a slight decrease between months 3-6, after which improvements continued.

Best Suited For: Men and women suffering from pattern baldness.  Although studies have focused on hair loss on the vertex, or crown, there is very little emphasis on the crown over the hairline in general discussion on efficacy of the treatment. As with all hair loss treatments, it will likely be more effective in those who have just started to lose their hair.

In order to get the greatest benefit it is suggested that  you apply an amount about the size of a nickel (in the US) or a 20p coin (in the UK) to wet hair as soon as you enter the shower (basically an amount that will produce enough lather to clean hair and scalp) Immediately rinse to remove dirt and build up from the previous day. Reapply a similar amount and allow it to soak for the duration of your shower (and no more than 5 minutes). Repeat steps one to three, once every 3 days (be consistent)

If you use Ketoconazole shampoo as a normal shampoo (i.e. you skip step 3.), you may as well not use it.  It’s a medicated shampoo.  Like all topical medication it needs time to penetrate and do its job. The above describes usage for the 1% solution.

Side Effects: The more common side effects include mild skin itching or irritation, dry skin or headache. Ironically, the more serious, and less common, side-effects include hair loss.  Highly unlikely if you use the 1% ketoconazole solution and use it as instructed.

Pros:An approved treatment (even though not for hair loss, it does provide some comfort regarding safety).

Can be used in conjunction with other treatments

Easy to incorporate into your existing routine

Bottom Line: For most people Keoconazole shampoo is unlikely to be a primary hair loss treatment, however it may be useful in slowing hair loss, and in regrowth as part of a broader treatment regimen.  Be sure to follow the effective use guidelines.  Once you get a feel for how you respond you can look to adjust your dosage.  It took me a while to discover the value in doing a quick rinse first and then leaving it on long enough for the second application.  Not doing this from the outset possibly delayed onset of the benefits I did see. If I had my time again, I’d start with the 1% version.  This may be a bit flippant, but the 2% solution is probably for those who don’t take the time to apply the shampoo properly. 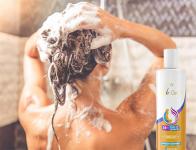 Minoxidil Shampoo | Why is it a bad idea? 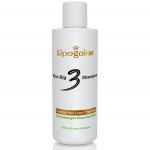