Minoxidil for Beard Growth | Best Minoxidil is NOT Rogaine or Kirkland 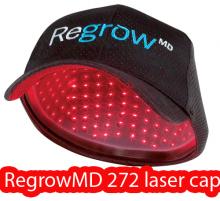 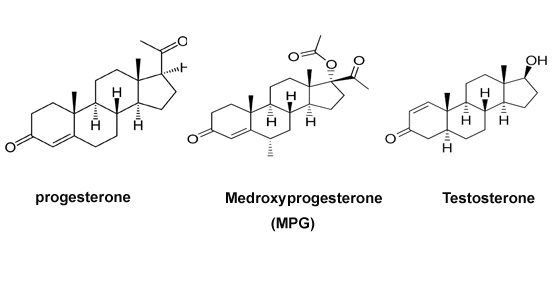 Medroxyprogesterone (MPG), an artificial female sex hormones, has widely been used for hormone replacement therapy (HRT) and pregnancy prevention. It is often prescribed for spotting, having no periods and irregular periods. It is sometimes used off label to treat polycystic ovary syndrome (PCOS). Medroxyprogesterone is known be associated with an increased risk of breast cancer.

Medroxyprogesterone lotion 0.0125% is added to 4%, 5% and 8% minoxidil solution with azelaic acid and used to treat hair loss by a few hair loss clinics. The addition of MPG is said to help prevent dihydrotestosterone (or ‘DHT’ – the culprit that causes hair loss) from destroying the hair follicles. It is yet unclear if MPG binds to DHT receptor to prevent DHT from exerting its negative effects or if MPG acts as a DHT blocker to prevent the formation of DHT. Unfortunately, there is no scientific study that proves either way.  The cocktail containing both minoxidil and MPG appears to tackle hair loss by dual mechanisms (stimulating hair growth & lowering DHT level), similar to our products containing minoxidil with finasteride.

Although there is no peer reviewed studies that show MPG is a DHT blocker, it is not surprising that it may block the formation of DHT to some degree due the structural similarity between MPG and DHT precursor (testosterone) (See the structure above). MPG can be a non-specific inhibitor of 5-alpha reductase, albeit t is expected to be a much weaker DHT inhibitor than finasteride.  As medroxyprogesterone  is a prescription drug, it makes minoxidil (5%) enhanced with medroxyprogesterone a prescription hair loss treatment too.

This appears to be a con. There are no clinical studies to prove its efficacy, other than one on a dog that had alopecia which is different to MPB etc.