There are numerous products on the market intended for hair loss treatment. Many of them have completely different key ingredients. This makes it difficult to choose the right products.  We very often received questions from our customers asking our thoughts on Stemoxydine and Aminexil. Here we are going to briefly examine these two ingredients in comparison with the gold standard Minoxidil.

The structures of these three chemicals are shown in the main image of this blog (see above). As shown, Aminexil has similar structure of minoxidil, with the piperidinyl group missing. Stemoxydine  has a completely different structure from minoxidil. Stemoxydine's IUPAC name is Diethyl pyridine-2,4-dicarboxylate ( see its molecular modeling image blow). 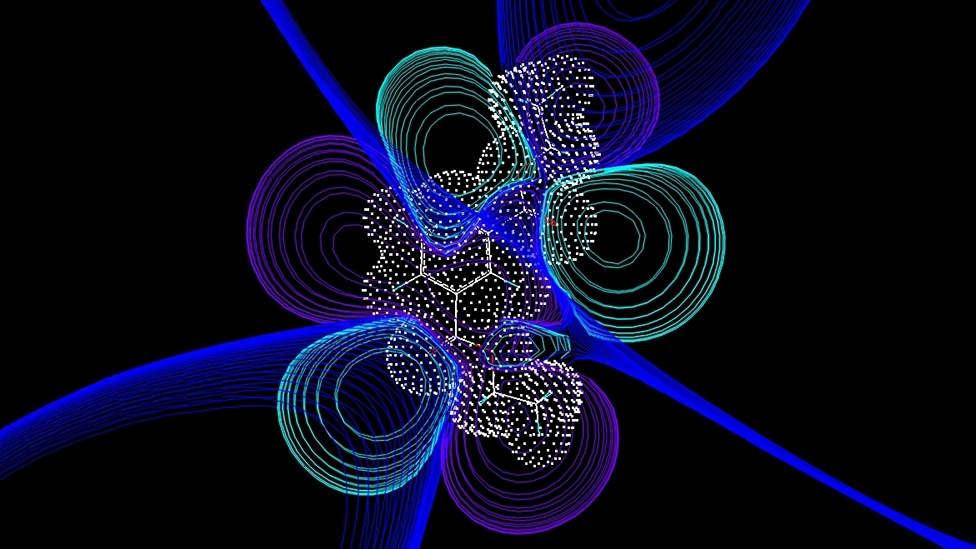 Minoxidil: Minoxidil has been proven to regrow hair on the top of the head. It is one of the only two FDA approved ingredients (the other being finasteride) and most widely used ingredient in hair regrowth products as of today. It was first used as an oral drug to lower blood pressure. It was soon found to stimulate hair growth. Rigorous clinical studies have confirmed this “side effect” and its FDA approvals for hair re-growth as topical solutions was granted in 1980s. Clinical studies have shown that higher minoxidil concentration is more effective than lower minoxidil concentration in stimulating hair regrowth.  If you are interested in knowing more about minoxidil, you can read our blog: Minoxidil Frequently Asked Questions and Professional Review.

Stemoxydine is a patented chemical by L'Oreal for hair regrowth.  L'Oreal claims that the liquid solution containing stemoxydine, when applied to the roots, can promote the hair regrowth.  The study was conducted in a double blind vs placebo study consisting of 101 men between 18 and 55 years old. During the study, subjects applied stemoxydine 5% solution (aka, stemoxydine 5) once a day (6ml).

L’Oreal’ believes that the key to healthy hair growth lies in maintaining hypoxia environment ( oxygen deficiency) for the CD34+ stem cells. These stem cells near the skin’s surface are responsible for creating new hair. In people with hair loss, the oxygen levels in the CD34+ layer are elevated causing the follicles to work less efficiently and eventually stop producing hair. L'Oreal claims that Stemoxydine help create the hypoxia environment and awaken dormant stem cells and produces increase numbers of follicles and also increased density.

It appears from the early and limited in vivo studies that a small amount of hair regrowth did occur.  However, larger scale clinical testing would be needed to determine a more accurate assessment of the product’s success rate.

L'Oreal used to have hair growth product based on Aminexil. Now Aminexil is all replaced by stemoxydine in all of L'Oreal products. Does it mean Stemoxydine works better than Aminexil? We do not know. Sometimes a company makes a change not because the new product is better than the old one. Instead, it might be because the new chemical gives them the exclusive ownership of a formulation so nobody else can copy it, or it might be due to regulation related reasons. The bottom line is that this is a relatively new product, so only time will tell if the product really works.

Another point I would like to point out is even if  Stemoxydine works as what L'Oreal claims, it does nothing to address the  detrimental effect of DHT (dihydrotestoserone) in the blood stream. Research shows that DHT causes hair follicles to miniatuirize and trigger hair loss. Lowering DHT level is the main approach in popular hair loss products such as Lipogaine for Men and Maxogen-S.

Other than L'Oreal reported clinical study that showed an increase of 4% in hair density on the patients treated with stemoxydine for 3 months, there aren't many stemoxydine users who have shown their before and after pictures. 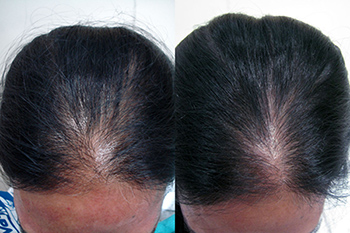 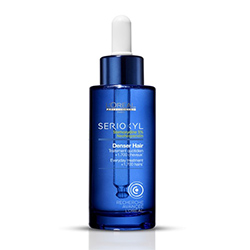 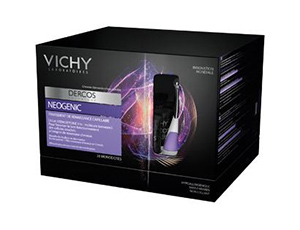 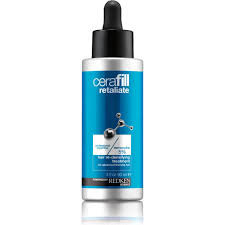 Aminexil is another patented chemical molecule developed by L’Oreal. It was used prior to Stemoxydine but recently got ditched by L'Oreal.  L'Oreal claimed that Aminexil help prevent perifollicular fibrosis (scarring of the hair follicles) and therefore help treatment for hair loss. Aminexil had been marketed by L"Oreal for more than 15 years. Yet not so many people have heard about it. You know what it means.

Aminexil is said to work in a similar way to the proven hair loss treatment minoxidil. However, aminexil is often mixed with minoxidil. There are very few products containing Aminexil without minoxidil.

You may also consider minoxidil product with low propylene glycol concentration such as Lipogaine for men too.

Can I mix the stemoxidine solution with the minoxidil solution?

Technincally you can do that.

hi there, can I use stemoxydine solution to dilute Essengen-F because I feel the topical finasteride is kind of high for me. I want to use  0.5 mg instead of  1mg finasteride in each application.

If you want to lower the finasteride concentration of Essengnen-F, it is best to use PG Solvent.

Is stemoxydine worth a try to assist with regrowth after alopecia areata?

Can I combine minoxidil (night) and stemoxyldine (day) in my daily regiment? Just curious if i can get the best of both worlds using this regiment.

That will be fine.

If a topical product is 5%, it usually means that higher potency can be achieved with higher concentration. However, companies generally like to keep it at 5% for the convenience of formulation, because it adds challenge to dissolve more material and keep the product stable.  Higher concentration also requires longer absorption times when applied to the skin, making it less favorable from the user's point of view.

I have used Lipogaine for Men for 5 years, if I switch to Dualgen-15, will I experience any hair loss?

Ive been using minoxidil 5% for quite a long time now for genetic baldness(along with other non minoxidil products) shifting from on formula to another and it definately has made a difference but still emty areas are present and increasing and hair loss hasn't stopped. I want to stop minoxidil for it has caused me a lot of facial hair growth and shift to vichy or kerastase products. Would u please suggest me products I can use and if oral anti androgens e.g. spironolactone or finasteride would be of any help and if theyre safe to use?? TIA

If your concern is facial hair, you can use less amount of minoxidil, such as using 0.5 ml or less per application in stead of the standard amount of 1.0 ml.

Secondly, you can use a topical spironolactone such as Maxogen-S, which does not have any systemic effect thus should help eliminate the facial hair issue.

Using a topical finasteride only (without minoxidil) can also help get ride of the issue.

In case of genetic baldness, can I use both minoxidil and stemoxydine

Rasha, if you have pattern baldness (genetic hair loss), you can use minoxidil with stemoxydine. However, if  you haven't used any of them, it is probably wise to use minoxidil only. If you turn out to be allergic minoxidil, you can switch to stemxydine or use Essengen-5 NO PG fast dry.

Hi , can I shift from minoxidil5% + aminexil 1.5%to only minoxidil 5% , since minoxidil with aminexil is not sold anymore . Is that shift gonna cause hair fall again? .

I do not think you will lose anything if you swtich from minoxidil5% + aminexil 1.5%to only minoxidil 5%.

Do I have to change the 5% conc to higher ? Since I was using minoxidil 5% with 1.5 aminexil

people are usually not allergic to minoxidil or have a problem with it.Its the PPG and the "alcohol" which are alway this problems.

How do you make the propylene glycol free minoxidil? Is it glycerin based?

That is correct. Glycerin is used to replace propylene glycol